The Steering Group of the Junior Eurovision Song Contest elected the Armenian national television (AMPTV) as the host broadcaster of this year's edition of the Eurovision spin-off. The contest will be held at the newly renovated Karen Demirchyan Sports and Concerts complex on December 3rd.
The 9th edition of the Junior Eurovision Song Contest will travel to Eastern Europe as Armenia won the official bidding process to host the 'younger brother' of Europe's favourite music show. For the first time in the history of the contest, last year's winning country will get the honour to host the show.

"Together with AMPTV, we are eager to put together the coolest Junior Eurovision Song Contest that Europe has seen so far. The event is extremely popular in Armenia and their strong bid gave us the confidence they will be capable to put together a great show" , says mr. Sietse Bakker, the contest's official supervisor. 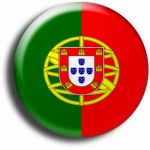